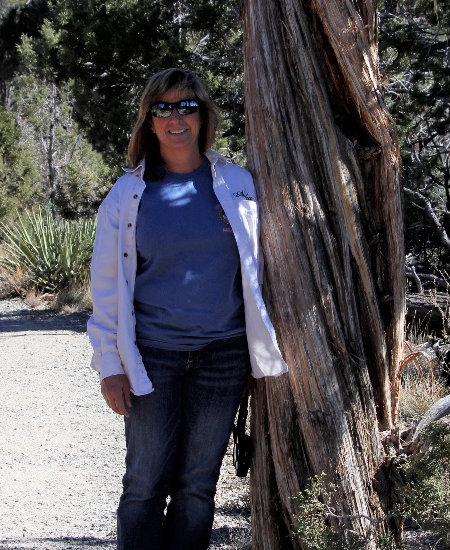 JoAnn and her husband, Greg, purchased a home in the Pagosa Springs area in 2013 and have been able to enjoy the last several summers here. They hope to move to Pagosa Springs full-time soon. JoAnn worked 30 years as a civilian in law enforcement. She became a certified Crime Scene Analyst and Certified Latent Print Examiner while working at Phoenix PD. Her crime scene experiences led her to become a staunch believer in the Second Amendment for self-protection. She also believes that we cannot forget one of the original reasons the Second Amendment was written 200+ years ago: for “the security of a free State.” She retired as a Forensic Services Supervisor from the Mesa Police Department in AZ. A few years ago, JoAnn was looking for places for Greg to conduct firearms training in the Pagosa Springs area and was surprised there were no developed ranges available for public use. She learned of several previous attempts to start a range and made it her retirement goal to get it done this time!